In a  rapidly changing education system, it can often be difficult to pinpoint if society is progressing or deteriorating. Behind institutionalized racism lies long-term consequences that studies show adolescents may carry with them for the rest of their lives. One of the most prevailing of these includes the school-to-prison-pipeline, which is the process in which children are pushed out of schools and into prisons and other justice systems. There can be several factors surrounding the school-to-prison pipeline standpoint, specifically regarding race, ethnicity and cultural differences. Educational systems historically have always favored privileged groups, which include (but are not limited to): white, male, upper-class, Christian, able-bodied, Americans. This leaves marginalized groups to have fewer opportunities and a higher chance of being funneled into this national trend. Some of the detrimental impacts can follow an individual person for the rest of their lives, lessening their chances of success both academically and professionally. This can also include significantly lowered self-esteem, depression, and/or anxiety, according to the National Alliance on Mental Health. Institutionalized racism is also a key factor in the school-to-prison-pipeline, which can further these negative psychological impacts.

Zero-tolerance policies in the education system are the discipline guidelines that mandate each student having the same, predetermined consequences for acting out, by deciding beforehand how the administration would react to any given infraction. These policies were adopted in hopes to reduce crime within the education system and set an example for future generations of students. These predetermined consequences are often viewed as harsh, as they do not take case-by-case instances into consideration. They also often criminalize students, particularly students of color and other minority groups, as they are viewed to be particularly vulnerable when facing punishment for minor infractions. This leads to minority students being disproportionately impacted. Black students are nearly four times more likely to be suspended than their white peers. Procedures following the integration of zero-tolerance policies can include suspension or expulsion. The education system’s duty is to make students’ safety and wellbeing their top priority, which is essential for an individual’s academic and overall success. However, zero-tolerance policies assume that removing students who engage in disruptive behavior will deter others from disruption. This goal is often not accomplished and may actually cause a divide that will eventually make schools more unsafe. Furthermore, these policies push students out of the classroom after being criminalized, which later leads to incarceration. Once a student has such crucial marks on their record, it can be increasingly difficult for them to obtain jobs, access other educational opportunities, or experience feelings of sympathy from the outside world. The impact of these actions can be destructive to the students who have been faced with them and can lead to future behavioral issues.

In March 2019, Project on the History of Black Writing (HBW) held the Mass Incarceration Symposium, where we were able to collectively shed light and educate others on how severe and prevalent these injustices are. Jennifer Wilmot, a Ph.D. student in the Educational Leadership Program gave a powerful and insightful presentation and personal testimony focusing specifically on how girls of color are often criminalized within the education system.  Her presentation focused on how harrowing institutionalized racism can be and how permanently it can impact an individual, while simultaneously empowering women of color to stand up for themselves and other women in the face of hatred.

Overall, zero-tolerance policies systematically promote the mistreatment of minority groups, particularly people of color and those with disabilities and promote the heinous school-to-prison-pipeline. These factors contribute to the toxicity of implicit bias and institutionalized racism in school, which is inherently negative for a student’s mental and emotional wellbeing. As a future educator, it is of utmost importance to me that all children have a chance to perform to the best of their abilities, whether it be continuing on to higher education later on in life, or pursuing their talents elsewhere. All infringements should be taken individually so that every child has a chance to defend themselves and have their voices heard. More than this, it gives all students of color and those with disabilities a better chance to avoid the school-to-prison pipeline. Action can be made from with the education system itself, from the administration keeping an open conversation, to the students who can continue to speak up about these injustices. While I do strongly believe in being patient, understanding, and compassionate, I want to also make clear that prejudice of any sort will not be tolerated. I want to be honest and open with my students, as well as providing an environment where they feel comfortable to ask questions that may feel a little more uncomfortable to them. I want to make clear that this is a safe place to learn about tolerance and values, as well as encouraging students to embrace and celebrate their own culture. I want to educate students on the severe consequences behind making assumptions and how these can stop them from growing as individuals, as well as distracting them from the potential of another human being. 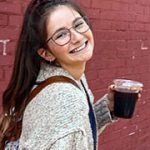 Ellee Rogers is a sophomore in the School of Education where she is pursuing a degree in secondary English education. In her free time, she enjoys reading and writing about current events and journaling.