Tomorrow’s Tomorrow: The Black Woman by Joyce Ladner celebrates its 50th anniversary of publication this year. Dr. Ladner, author and sociologist, spent four years (1964-1968) working as a research assistant interviewing, observing, and socializing with more than one hundred girls. Those interviews provided the framework for Tomorrow’s Tomorrow: The Black Woman (1970) which examines womanhood through the lens of young Black girls living in the city.

Fifty years ago, Joyce Ladner published her groundbreaking study Tomorrow’s Tomorrow: The Black Woman. Through interviews conducted with teenage girls in and around the Pruitt-Igoe housing campus in St. Louis, the study refutes America’s long held ideals of womanhood and challenges mainstream stereotypes of urban living. This entry is an attempt to reassert the significance of Ladner’s approach to the scientific world and to illuminate the contingencies that exist in Black womanhood.

To put Ladner’s pioneering work in a larger context, it is important to note the dominant discussions of Black women. E. Franklin Frazier’s seminal piece, The Negro Family in the United States(1939), is considered shortsighted by many Black feminists and other scholars in general due to its historical and sociological focus of the Black family during a period when scientific studies helped to perpetuate biological and psychological theories of racial inferiority. Perhaps one of the twentieth century’s most controversial studies was Daniel Patrick Moynihan’s infamous The Negro Family: The Case for National Action (1965). Widely known as “The Moynihan Report,” it became famous for its descriptions of the Black woman as domineering and emasculating. Arguably, both works place the Black woman in a negative light. Ladner identifies the studies as examples of the “disorganization perspective”(271). That is to say, it equates the working-class Black woman and her family as deviant and pathological by bourgeois standards, which privileges monogamy, patriarchy, and the nuclear family. Ladner’s work brilliantly shows that a sociohistorical analysis fails to give voice to the economically challenged Black woman’s plight succinctly. Tomorrow’s Tomorrow, as explained by sociologist Bonnie Thornton Dill, proposes a dialectical mode of analysis. According to Thornton Dill, it seeks to “make explicit the complex interaction of political, social, and economic forces in shaping the broad historical trends that characterize black women as a group as well as the particular lives of individual women” (101). Hence, Ladner’s four-year study introduces readers to over 100 girls whose experiences are as varied as the ways they see themselves.

“After reading too many trite, stereotyped and incorrect appraisals of the Black family and Black women, Miss Ladner’s enlightening and provocative book is especially refreshing. It also serves to nullify the erroneous conclusion that many social scientists, both white and Black have reached about Black women scientists, who began their work by asking the wrong questions and by holding biased assumptions” Angela Blackwell, The Black Scholar 1973

Although Ladner’s study shows poverty had relegated a population of people to one section of the city, the girls’ sense of a positive self-image was not lost. In response to the question, “What did it mean to be a poor black girl?,” one participant answered, “I’ve always been proud of being Black because I think it is a superior color. I never thought of being… well, you know, white is pure and black is dirty. I’ve always thought of being Black as a way, a will. If you see someone Black it’s not a dirty thing… Black stands out against any color” (81). What is striking about the fifteen-year-old participant’s reply is the way in which she resists social constructs, such as stereotypical notions of race, to determine how she thinks of herself. Moreover, being poor did not detract from the value she placed on being Black. Ladner’s approach allows the respondent to affirm her own experience. Patricia Hill Collins agrees that, “Ladner’s explicit goal was not to assist bureaucracies in controlling, managing, or working with the girls. Instead, her goal was empowerment…”(114). Hill Collins’s statement returns us to Ladner’s compelling introduction and her she definitive statements about her role as a Black woman sociologist. Ladner explains:

“I began to perceive my role as a Black person, with empathy and attachment, and, to a great extent, their day-to-day lives and future destinies became intricately interwoven with my own. This did not occur without a considerable amount of agonizing self-evaluation and conflict over ‘whose side I was on.’ On the one hand, I wanted to conduct a study that would allow me to fulfill certain academic requirements, i.e., a dissertation. On the other hand, I was highly influenced by my Blackness⸺by the fact that I, on many levels, was one of them and had to deal with their problems on a personal level. I was largely unable to resolve these strands, this “double consciousness,” to which W.E.B. DuBois refers. It is important to understand that Blacks are at a juncture in history that has been unprecedented for its necessity to grope with and clarify and define the status of existence in American society. Thus, I was unable to resolve the dilemmas I faced as a Black social scientist because they only symbolize the larger questions, and dilemmas of our times” (xiv).

Ladner’s decision to take on the role of participant-observer delimits the restrictive nature of sociological examinations to produce objective studies. Her research shows that she could recontextualize mainstream ideas about a particular demographic by relating to those at the center of her research. Furthermore, approximately 13 years before Kimberlé Crenshaw coined the term intersectionality, Ladner’s work convincingly illustrates how the intersections of race, gender, and class affect working-class women in a way unlike it did their white middle class peers. The study is a classic redefinition of womanhood stretching readers to consider it as a multifaceted institution. In the closing lines of chapter 6, “Becoming a Woman: Part 1,” Ladner declares, “Black womanhood has always been the very essence of what American womanhood is attempting to become on some levels” (239). Published at the height of the feminist movement along with other late 1960s and early 1970s works, such as Anne Moody’s Coming of Age in Mississippi(1968), Maya Angelou’s I Know Why the Caged Bird Sings(1969) Toni Cade Bambara’s The Black Woman: An Anthology (1970), Mari Evans’s I Am a Black Woman: Poems (1970) or Toni Morrison’s The Bluest Eye(1970), Tomorrow’s Tomorrow served as a blueprint for those searching for a model of possibilities. I insist it continues to do that for us today as well.

“Determined to get beyond stereotypes, she challenged previous research models that regarded the behavior of poor blacks as deviant. She took great pains to understand these lives in their historical context, tracing the changing roles of black women since being taken from Africa, through slavery, Emancipation and the Great Migrations to the cities.” Ronda Racha Penrice, The Black Book Review Feb 28, 1996

To locate contemporary discourse on diverse experiences of Black girlhood, look to scholars and writers such as Ruth Nicole Brown’s, Black Girlhood Celebration: Toward a Hip-Hop Feminist Pedagogy (2009), LaKisha Simmons’s Crescent City Girls: The Lives of Young Black Women in Segregated New Orleans(2015), Nazera Wright’s Black Girlhood in the Nineteenth Century(2016), Aria Halliday’s The Black Girlhood Studies Collection(2019), Venus E. Evans’s Black Feminism in Qualitative Inquiry: A Mosaic for Writing Our Daughter’s Body(2019), or literary authors Jesmyn Ward’s Salvage the Bones(2011) and Jacqueline Woodson’s Brown Girl Dreaming(2014). Placing these works in conversation with Ladner’s Tomorrow’s Tomorrow makes the study key to the emerging field of Girlhood Studies. Aligning with academe, other institutions, like the National Museum of African American History and Culture, have recorded visual histories of Black girls and women through exhibitions such as Women thereby expanding the topic of Black womanhood to a broader audience.

The title, Tomorrow’s Tomorrow, is taken from the lines of a poem by Haki Madhubuti, formerly Don L. Lee. Its assertiveness provides a futuristic framework for those of us who are vested in examining the lives, experiences, and narratives of Black women. The closing words of the book are most prescient to our 21st Century:

“Black women must join all Black people in the process of defining who they are, what their goals are to be, who their prophets and heroes⸺past and present⸺are and what the strategies of survival will be; whether we will allow ourselves to become assimilated into the mainstream on the oppressor’s terms or whether we will fight the ominous extermination that is already taking a toll on the lives of college students, political activists and anyone else who defies the social system in ways which have been forbidden” (286).

In a world where it seems Black women are in a perpetual cycle of defining and making space for herself through slogans like #Say Her Name, CiteBlackWomen or collaborations like Crunk Feminist Collective, Ladner’s study becomes a valuable resource for the continual reexamination of the plight of Black Women. 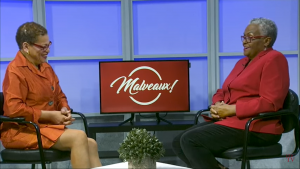 Other works by Dr. Ladner:

The Death of White Sociology, 1973

Launching our Black Children for Success, 2003 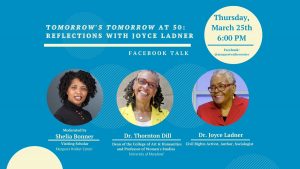 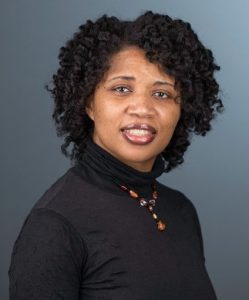 Shelia Bonner is an American Studies doctoral candidate. Currently, she is the Andrew Mellon visiting scholar at the Margaret Walker Center, located on the campus of Jackson State University. Bonner’s research interest is broadly African American history with a particular interest in Black women’s life-narratives, literature, and visual culture. Through her research, Bonner seeks to understand how Black women navigate oppressive systems and the mediums they use to articulate those experiences. Her dissertation examines the life of Joyce Ladner. Bonner investigates events that compelled Ladner to join the movement as well as how her experiences, specific to Mississippi, shaped the activist’s identity as a budding intellectual.