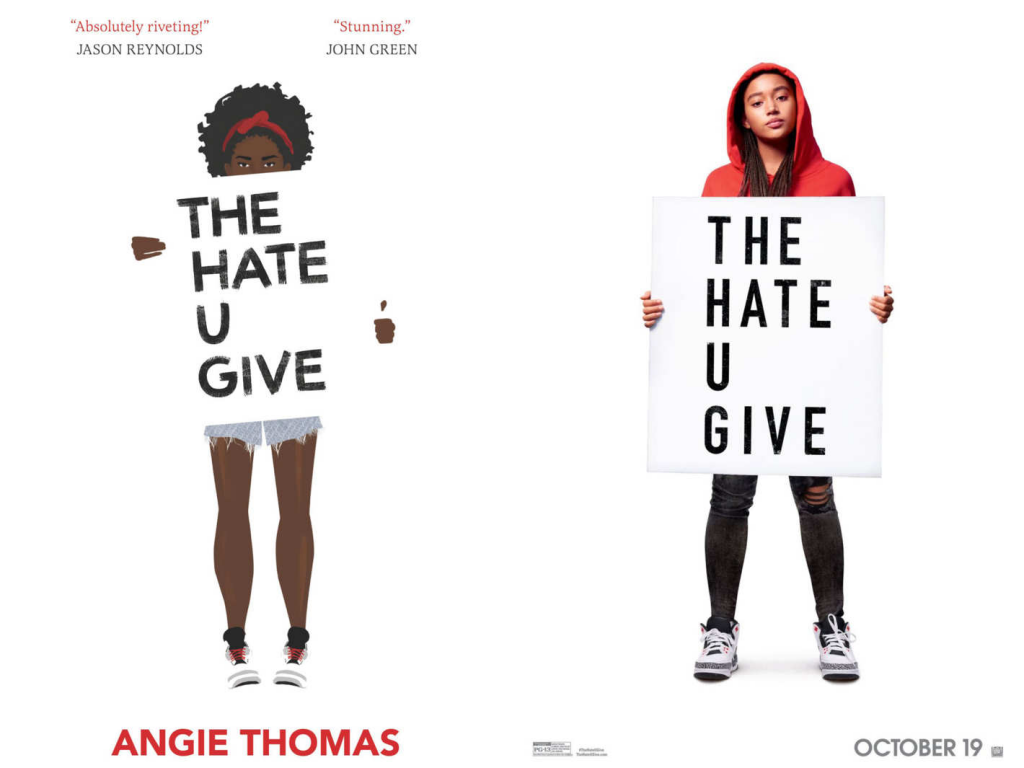 Angie Thomas’ novel turned screenplay, The Hate U Give (THUG), is a tragically mimetic story that highlights a Black girl’s coming of age while navigating trauma-induced anger and growing up in two disparate communities. As a New York Times Best Seller, National Book Award Long List winner, and with a current box office total of over 18 million dollars, the novel’s success illustrates the current climate’s contributions to popular culture. Thomas’ work and its film adaptation emphasizes the exigency of Black rage and the results of absorbed and inherited collective traumas. Starr Carter, the protagonist, grapples with warring identities that inform her responses to the conditions around her. Garden Heights Starr (Starr at home) and Williamson Starr (Starr at her predominantly white prep school)  must never intersect. At Williamson, Starr feels as though she cannot do anything that will make her look “ghetto” or “angry.” The two versions of Starr complicate her journey to identity development, but as her worlds coalesce, Starr learns to harness her rage and resist systems rather than her anger. Ultimately, she aligns with the movie taglines of “Find your voice” and “Change the world.”

Despite the intensity of the narrative and overarching theme of violence, Thomas invents spaces and  methods of affirming Black bodies’ worth and amplifying Black girl voices. That worth is exhibited through Black girl rage. At age 16, Starr Carter witnesses a second murder, that of her childhood friend Khalil, at the hands of “officer 115.” Starr, reared in a household where “the talk” is a conversation about police compliance as an act of survival, is traumatized by this act of senseless violence. This turn of events, which occurs at the beginning of the narrative arc, aids her coming into her voice and rage. Khalil’s murder and the aftershock allow Starr to come to clarity about THUG LIFE (The Hate U Give Little Infants Fucks Everyone). She realizes that the notion of THUG LIFE goes beyond the youth to make a statement about the impact of oppression ,“Khalil said it’s about what society feeds us as youth and how it comes back and bites them later…I think it’s about more than youth though. I think it’s about us period…Black people, minorities, poor people. Everybody at the bottom in society”  Starr’s realization about THUG LIFE illuminates how structural violence contributes to Black rage. Through Starr, Thomas destigmatizes rage and echoes  Deborah J. Cohan’s assertion of rage as a  “legitimate, righteous response to persistent, systematic social inequalities” (“Rage and Activism: The Promise of Black Lives Matter,” 38) from Violence Against Black Bodies an Intersectional Analysis of How Black Lives Continue to Matter . Starr’s righteous rage reflects Cohan’s words. Starr comes to see the fruitfulness of her rage in an emotionally laborious narrative that calls to mind Audre Lorde’s “Uses of Anger: Women Responding to Racism” (1981) and Brittany Cooper’s Eloquent Rage: A Black Feminist Discovers Her Superpower (2018). 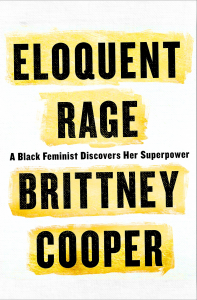 Starr’s characterization revises the angry Black girl trope. She reflects Black girls coming to consciousness about how America weaves oppression into the foundation of its system, justifying Tupac’s mantra, THUG LIFE. Starr has a heightened sense of awareness after the death of Khalil and  increased sensitivity to interactions with non-Black people. It is the not guilty verdict; however, that confirms Starr’s ascent into rage. Starr’s unbridled rage is animated at the climax as she hurls a smoke bomb back at the police, declaring “Khalil Lived!” Her actions demonstrate her newfound resistance of structural violence, complicit friends, and the everyday Black girlhood where she must choose which Starr to be–Garden Heights Starr or Williamson Starr.

One the primary takeaways from both the novel and the film is how Black girls can expressly play a role in Black people’s liberation. Through Starr, Black anger is exhibited as political and purposeful response to oppression and hatred.The actions  sparked by this rage can ultimately lead to healing. With THUG, Angie Thomas creates an ode to Black girl rage and demonstrates the ties between rage, rights, and resistance. Starr shines her light on police violence  as the sole witness of Khalil’s murder. She must then be a voice for herself, Khalil, and her community. With Starr at the center, The Hate U Give  speaks to the current climate in the U.S.  by articulating the hate we live. 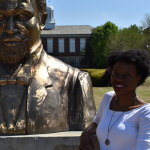