Skip to content
Review By Guest Blogger Jerry W. Ward
We can expect a significant contribution to Wright studies in late 2011 when Philosophical Meditations on Richard Wright, edited by James Haile, is published by Lexington Publishers.  According to an email I received from Hail
Philosophical Meditations on Richard Wright is an edited collection that brings together philosophers, literary theorists, and theologians on the intersection of Richard Wright’s corpus—novels, critical essays, travel writings, and poetry—and philosophical method. This collection is a unique contribution to the academic discipline of philosophy as the first sustained philosophical engagement of an African American literary figure. 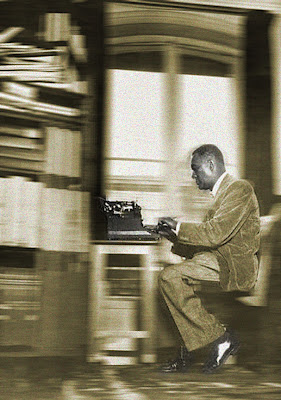 Utilizing various philosophical methods—existentialism, phenomenology, and hermeneutics—this collection provides new perspectives on Wright’s work as well as on the discipline of philosophy, engaging emergent theories of black existentialism, rethinking ontology and facticity and the meaning of race and the phenomena blackness in the United States, in the West, and the world at large. Moreover, this collection allows us to realign Wright’s work, and challenges us to rethink our contemporary situation and our contemporary issues, by tracing in his work the historical trajectory and many significant moments in the modernization of the world: the legacies of segregation in South and the anonymity and alienation of the urban North in the United States, the politicalicization of nationality and race in Europe, and the paradoxical relationship between the West in general, and in particular, black Americans to the continent of Africa and the African Diaspora.
The new perspectives in this collection can help us to reexamine Wright’s readings in philosophy and his subtle or not so subtle incorporation of philosophical positions in his works. It is likely that such reexamination will free us from endless discussions of Wright’s naturalism and enable us to speak more clearly about his still relevant contributions to modernist thought.

3 thoughts on “Richard Wright and Philosophy”