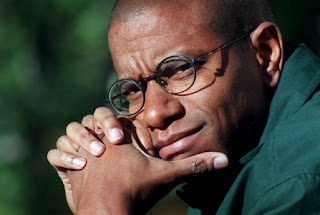 Paul Beatty’s White Boy Shuffle often serves as a poignant satire about the modern role of the cultural mulatto and the destination of the search for communal bonding and self-identification. The novel blends elements of literary theory’s latest darling, postmodern theory, cultural displacement, alternative African American religion, and popular culture.

An initial focus on the power of basketball as a social lubricant in the lives of Black males shifts attention to elements of racial authenticity, self-identification, and cultural mulattoism. Gunnar Kaufman, the novels protagonist, serves as a weaver of a postmodern tapestry; after rejecting the master narrative and cultural isolation placed onto him by his surfer boy upbringing, he later emerges into the role of a reluctant H.N.I.C.

The novel has an interesting inclusion of the practice of alternative African American religions within the text. Throughout this transfiguration, performative manifestations of voodoo continually present themselves, often facilitating both Gunnar’s and the reader’s navigation through the complicated web of communal bonding and self-identification. The presence and elements of Voodoo serve not only as markers of syncretism and rejection of master texts, but as literary lubricant, emphasizing the complexity of cultural mulattoism, and their simultaneous rejection and acceptance of it. 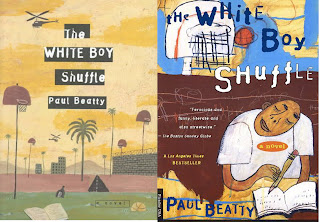 Beatty’s White Boy Shuffle seeks to emphasize the importance of syncretism, cultural mulattoism, and self-identification in the text. It gives a new face to the growing body of Black Postmodern literature and seeks to refute the notion of performative authentic blackness.