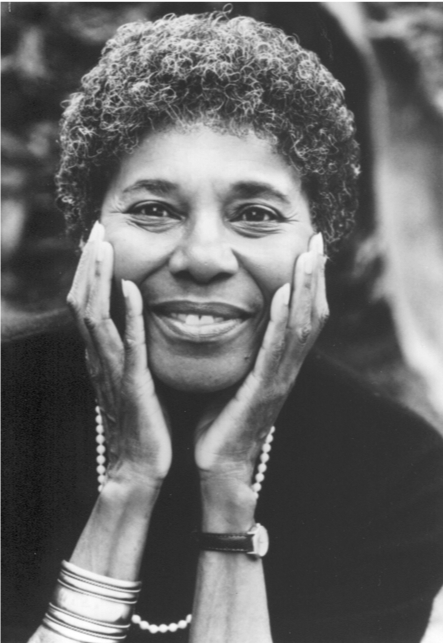 “Tell your heroes you love them.Thank you, Ms.Marshall. Rest well. If you don’t know her, read, Soul Clap Hands and Sing. Or anything she’s written. As a matter of fact, just read Black women, past and present. Period.” —Jason Reynolds, New York Times bestselling author.

Paule Marshall’s work has been a touchstone in my life. Attending suburban New Jersey public schools in the 1970s and 1980s and raised by Caribbean parents who were educated in the British colonial system during their youth, I had a very conventional (i.e. European and European-American) primary and secondary school education in literature. I remember how excited and proud I was to gift Marshall’s first novel, Brown Girl, Brownstones, to my mother in the early ’90s. She had immigrated to Brooklyn from Trinidad, not Barbados, and resided in an apartment building, not a brownstone, but the landscapes, people, cultures, incidents and encounters were all so familiar to her, as they were to me. That book’s core was our core. Those vivid scenes were not just what she and I lived, and thought belonged to our family; they had been published in a book that had been read—and was still being read, and taught in college classrooms, and loved—by thousands of people. Brown Girl, Brownstones was one of the first Caribbean/diaspora novels I read when I arrived at Yale for my undergraduate career and was captivated by the wildly unfamiliar English course offerings: surveys of African-American literature, seminars on the Harlem Renaissance, entire courses on children’s literature, classes on Caribbean history in literature, and on “the culture of childhood” in African and Caribbean writing. 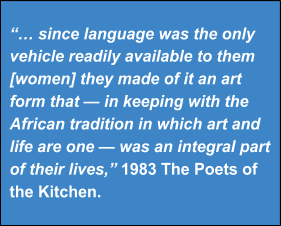 Reading Brown Girl, Brownstones, and, soon after, Jamaica Kincaid’s Annie John (1985),  the fraught   relationships between mothers and daughters particularly captured my attention. Over the years, as I continued  to read works by Caribbean women authors, I noticed a repetition of this trend: either there was extreme tension between mothers and their female children, or else biological mothers were absent—they were dead, had emigrated, or were entirely unmentioned. It was here that I found my opening for doctoral research. I was aware of similar dynamics between mothers and daughters in African-American women’s literature—Zora Neale Hurston’s Their Eyes Were Watching God (1937), Toni Morrison’s Beloved (1987), Alice Walker’s The Color Purple (1985) provide just a few poignant examples—but I felt the situation was different in the Caribbean context. I saw the opportunity to rework these complex mother-daughter relationships from a postcolonial perspective—one that takes the history of colonialism, national independence movements, and Black Power/ Black Pride discourses into account—and the chance to rethink the relationship between the Caribbean, the United States, and Africa from a gendered standpoint.The result: a dissertation on representations of motherhood in the works of women writers from the Caribbean diaspora And the very first academic article I published from that research featured an analysis of Paule Marshall’s Brown Girl, Brownstones, using this framework.

I excerpt a bit of that early scholarship here:

“[….] Paule Marshall, the daughter of Barbadian immigrants who grew up in New York City during the Great Depression and writes about Caribbean communities throughout the Americas, proves to be a fruitful source for the issues raised. Her novels, particularly Brown Girl, Brownstones (1959) and Daughters (1991), provide excellent material for this discussion of mothers, mother countries, and motherlands. […] Although authors such as Paule Marshall […] typically support the nostalgic yearning for a Caribbean “home”—a nostalgia that, in many cases, is one borrowed from their parents—these authors also reveal the paradox of the romanticized dream of “return.” The children’s so-called “return” cannot be the same as their mothers’, and, in fact, often seems to negotiate an explicit rejection of the mother. Motherhood and immigrant identity therefore become entangled in these texts. For this reason, I argue that relationships between mothers and daughters must not only be examined through the lens of psychoanalytic theory, as has traditionally been the case, but also in relation to crucial postcolonial themes, such as rejecting the doctrines of the colonizing nation, embracing the creolization of cultures, and participating in multiple migrations.”

Marshall’s first novel,  seems, at first, to challenge the inextricably of mother and island homeland. The novel details the experiences of Selina Boyce, a Barbadian-American girl born and raised in Brooklyn and torn between alliances to her father and mother. This conflict of affection corresponds to her conflicting alliances to Barbados and the United States. Barbados is the land romantically idealized by Deighton, her father; it is the “home” to which he claims the whole family will one day return. In contrast, the United States is the country in which Silla, Selina’s mother, strives to own property; she clearly perceives of the States as a more permanent residence than her husband does. Her unethical selling of Deighton’s plot of land back in Barbados, the land to which the family was supposed to return, further marks her adoption of the U.S. as a permanent home space.

The fact that it’s Selina’s father who romanticizes the Caribbean island and her mother who distances herself from it problematizes the simplistic equation of mother and motherland.

I  remember how much I loved Marshall’s initial description of Silla as a force to be reckoned with—she so resembled my own mother, grandmothers, and aunties on both sides of the family!

In the brownstone kitchen, Silla’s words have the power to hang in the air and “make it sag.” It is in the kitchen that Silla’s friend Florrie urges her: “Talk yuh talk, Silla! Be-Jees, in this white-man world you got to take yuh mouth and make a gun” (70). [Note (August 2019):

Silla also uses the kitchen to maintain her cultural connection to the Caribbean; she prepares West Indian food for sale and for her own family’s consumption. In doing so, she passes part of her culture on to her daughters; they learn by observation and by helping her with the cooking. Silla transforms the space of the kitchen in much the same way that Harriet Jacobs, author of the 1861 Incidents in the Life of a Slave Girl, describes her “loophole of retreat.” In contrast to Jacobs, however, who censures U.S. cultural and political practices from the realm of her constrictive yet freeing crawlspace, Silla perceives the United States as a land of opportunity. As a seller and buyer of property (as well as the merchant of her homemade Caribbean delicacies), she rejects the historical role as commodity and inserts herself into the economy as an active subject. Her activities situate her firmly in the tradition of female hucksters and higglers; like the enslaved women who participated in the Caribbean’s internal market system with autonomous economic activities, Silla complicates and challenges the accepted terms of her position in the racially hegemonic society.

Rest in peace, Ms. Marshall. You will be sorely missed, but we will continue to share your words  and art. They have the kind of power that lured a young girl like me away from an early determination to become a physician. From you, I learned that I could make a difference in the world with a pen as well as a scalpel or a sword. 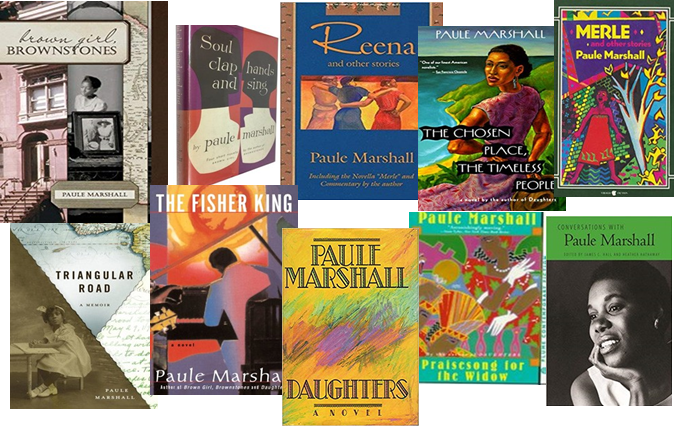 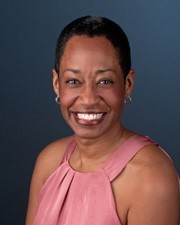 Giselle Anatol is Professor of English at KU with teaching specializations in Caribbean literature, women and children’s literature.