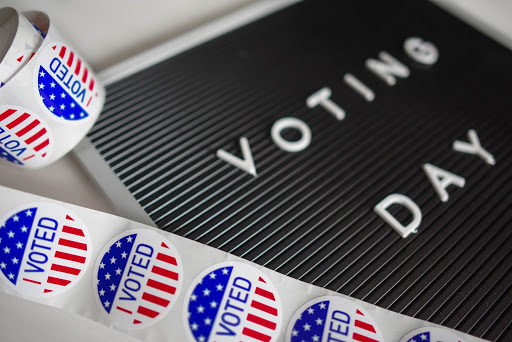 Election day is here and I can’t help but stress the significance of voting. My parents instilled in me the importance of voting at a young age. My earliest memory of voting is walking to my neighborhood polling station with my parents and filling out my pretend ballot. The highlight of my day would be receiving the “I Voted” sticker from the poll volunteers.  I view voting as my civic duty and my right—-a right that was established for Black men through the 15 amendment and later on for women through the 19 amendment.  However, Blacks were not able to freely vote due to voter suppression. Blacks were required to take literacy tests, which were purposely created for them to fail. It was not till the Voting Rights Act of 1965 was passed that Blacks could freely vote, which would not have been signed if it was not for the marches from Selma to Montgomery. Unfortunately, this election cycle exposed contemporary examples of voter suppression in North Dakota, Kansas, and Georgia.

As this election cycle is coming to a close I recognize there are folks who do not share the same affinity for voting as I do. I understand that for the 2016 presidential elections it was hard to vote for two candidates who didn’t seem to resonate with a lot of people. People are frustrated with the voter ID laws that are disenfranchising minorities.  These are the perfect reasons why we must continue to vote and fight for our right to vote. Here are four reasons why you should reconsider not voting.

Voting is one way to be heard. But, being active in your community and government is another way as well. Voting and community engagement work in tandem. Voting is a way to let your politicians know where you stand on certain issues. If you do not believe your current legislator or local politician is not representing you, then you should vote them out of office.

You’re not just voting on candidates

In local elections, you do not just vote on candidates occasionally you will have the opportunity to vote on other local issues. For example in Lawrence residents will decide to vote yes or no on proposition one, which is a quarter-cent sales tax to fund behavioral health initiatives. The sales tax would annually raise $4.9 million dollars that would fund a behavioral health campus and behavioral health programs for Lawrencians.

This year’s primaries reinforced the idea that every vote counts. In the Kansas gubernatorial republican primary Secretary of State, Kris Kobach defeated Governor Jeff Coyler by 110 votes. In the Ohio special election,  Troy Balderson defeated by Danny O’Connor 1,680 votes. We tend to be reluctant to say our vote matters during presidential elections because the popular vote does not directly decide the presidential race.  As previously mentioned your state and local elections matter. Your vote can help decide who will represent you in Congress. Ultimately, your senator could be the deciding vote that votes yes or no on a Supreme Court nominee or whether to pass a controversial bill. Who you elect will represent your state.

Regardless of what happens tonight, we must stay involved. We must be active in holding our elected officials accountable. A democracy does not work when we do not participate in the process. 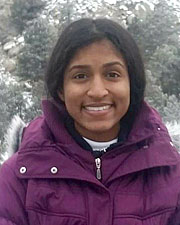 Mona Ahmed is a senior at the University of Kansas double majoring in journalism and political science with a minor in history. Mona works on HBW’s communications team.