*This blog has been excerpted and edited*

For Women’s History Month 2017, then HBW staffer Dominique Waller wrote “Forgotten Figures for the Resistance,” a blog highlighting figures overlooked in history. For this Women’s History Month 2021, The Project on the History of Black Writing would like to extend her blog by adding more hidden figures, who demonstrate the many ways in which feminist activism presents itself. 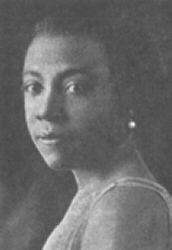 Through research on HBCUs (Historically Black Colleges and Universities) by my colleague Shelia Bonner, I stumbled upon a forgotten Kansas treasure who attended Western University (1865-1943), one of the many colleges for African Americans founded after the Civil War. Eva Jessye (1895-1992) was an African American musician, composer, actress, and author from Coffeyville, Kansas. Jessye is acknowledged for being the first Black woman to win international distinction as director of a professional choir. Her choir performed many styles of music including spirituals, work songs, mountain ballads, ragtime, jazz, poetry, and opera. A pioneer in African American music, she was committed especially to preserving its most cherished traditions. 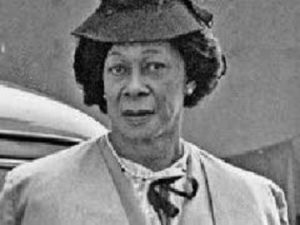 Lucy Hicks Anderson (1886-1954) was married twice, fined multiple times, and jailed by the government for marrying and receiving benefits reserved from same-sex spouses. In defiance, she declared “I defy any doctor in the world to prove that I am not a woman. I have lived, dressed, acted just what I am, a woman”. Anderson was a pioneer for Trans rights and marriage equality long before the famous Stonewall uprising. 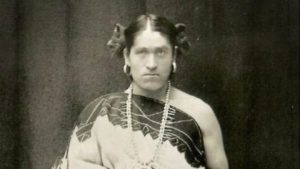 We’Wha (WAY-wah) was a two spirit who advocated for the rights of their people during the late 1800’s. The Zuni (federally recognized Native American Pueblo people) royalty mingled with politicians and local elites, as well as befriending the US speaker of the House and his wife. At the time, there was no one who doubted that We’Wah identified as female although born male. We’Wha grew up and drew traits of both male and female in a socially recognized third gender known as two-spirit. The fact that such an individual could be representative of the Zuni shows the degree that individual differences in gender and sexuality were accepted at the time. In fact, the ability to combine male and female skills and qualities was viewed as a gift. Not surprisingly, the Zuni people traveled thousands of miles, overcoming language and cultural differences, to live and converse with leaders of our nation.

Book on We’Wha: The Zuni Man-Women by Will Roscoe

Florynce “Flo” Kennedy (1916-2000) was a Kansas City native, feminist, Black Power activist, and lawyer. Kennedy was active in 1960-1970, a time in which many activists were fighting for Black liberation. She was one of the founding members for the National Organization for Women, the Feminist Party, and the National Black Feminist Organization, along with many other organizations with which she was associated. Known for her outspoken, fiery nature and empowering activism, Kennedy often appeared in her signature getup, a Stetson, false eyelashes, pink sunglasses, political buttons bearing slogans like “Kick Ass” and “If you want to know where apathy is, you’re probably sitting on it,” and always carrying a whistle. Kennedy played a vital role in many court cases such as Abramowicz v. Lefkowitz, which helped legalize abortion in New York and served as a precedent for Roe v. Wade. However, she is often hidden behind other feminists of the time like Shirley Chisholm, Gloria Steinman, and Betty Freidan.

Wangari Maathai (1940-2011) was a professor of biology and a world-renowned environmentalist. With a degree from Mount St. Scholastica College in Atchison, Kansas, she completed graduate studies in Germany and Kenya and became the first Black woman to win the Nobel Peace Prize in 2004. An early environmentalist who continued the fight to “promote ecologically viable social, economic and cultural development in Kenya and in Africa,” she founded the Green Belt Movement in 1977, an organization dedicated to environmental conservation, climate resilience, and sustainability. Maathai was recognized as Time Magazine’s “Hero of the Planet” in 1998 for her pioneering efforts. Her work continues its inspiring legacy although her name is not often included in conversations about one of the most important movements of our time.

Andrea Jenkins (1961- ), City Council member, representing Minneapolis’s 8th ward, became the first openly transgender person of color in the US when she was elected to a public office in the 2017.  Before taking office, Jenkins had already amassed 25 years of work in public service and policy, was a nonprofit executive director, poet, writer, and performer. Today, Jenkins is the Vice President of the Minneapolis City Council, which was put in the limelight following the murder of George Floyd in that city. Days after Floyd’s death, Jenkins addressed the reality of police brutality and racism. She said, “Until we name this virus, this disease that has infected American for the past 400 years, we will never ever resolve this issue.”

Waller drew a contrast between the popular Star Wars Resistance movement and social justice in her initial post, suggesting that fighting for justice is a resistance movement in its own right for women. She concluded in her 2017 blog post, “…feminism is nothing without intersectionality. For a movement to succeed it must be inclusive. The “Resistance” will fail if we can’t support each other.” HBW would like to invite our audience to take this Women’s History Month as an opportunity to focus on the forgotten figures and to strive to make all activism intersectional and inclusive. 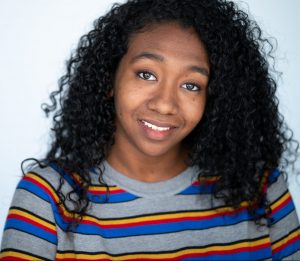 Dominique Waller is a 2020 KU graduate and actor with numerous performances with KU theatre, including …And Jesus Moonwalks the Mississippi, as Jesus/Great Tree(2017); One Man Two Guvnors, as Pauline Clench (2019), and As You Like It, as Phoebe (2020). She had the lead role as Martha in a 2020 film The Light We Lose. She published “A Gospel of Tales,” in KU’s very own Kiosk 57: Renaissance. Dominique is continuing her acting career while serving as a manager at Kohls.

Victoria Garcia Unzueta is a KU sophomore, majoring in journalism with an emphasis in strategic communications.   Originally from Dodge City, Kansas, she was editor- in-chief of her high school’s newspaper and yearbook. For Victoria, these experiences helped to shape her passion for journalism and community advancement, which led to her connection with  HBW, where she is currently the social media coordinator.