Skip to content
[By Jerry Ward Jr.]
When a writer uses the findings of the social sciences regarding anger to produce an explanatory narrative, the writer’s good intentions may provoke anger and a vision of despair.  How many readers find comfort when the reflection of their faces in a Mirror of Truth stares at them with contempt?  Charles Duhigg, an accomplished writer of a certain kind, succeeds in producing neoliberal anger in “Why Are We So Angry? : The Untold Story of How We All Got So Mad at One Another” in The Atlantic.  The voices of indigenous peoples and Asian Americans are silent in the telling of the untold.  For them, Martin Luther King Jr.’s saying to an audience at Carnegie Hall in February 1968 that “the supreme task is to organize and unite people so that their anger becomes a transforming force” is water on Teflon.  So too is the fact that in April 1968, Duke Ellington announced at Carnegie Hall that King (“The King of Love”) had been murdered and martyred.  Narrative histories can be furiously exclusive.
The main achievement of Duhigg’s article is his hiding fury, futility,  and fragility behind the mask of reason.  There is strength in imperfection, the tacit pretense that selective use of facts can explain the totality of a historical phenomenon.  How treacherous is the excellence of rhetoric in our time?  Does contemporary rhetoric not tell us to go to Hell and make us irrationally happy to undertake the journey? No doubt, Duhigg is aware the olive branch of his narrative can only transform readers committed to disbelief into the better demons of themselves.   Duhigg’s readers do not demand that he document his quotations and statistics.  Only super-subtle readers would make that demand.  Instead, his readers are angry sheep, who, like Republicans and Democrats, are lazy, dishonest, immoral, closed-minded, unethical and unintelligent.  For them, whatever is “supercalifragilisticexpialidocious” is Truth.
Duhigg initiates the journey to perdition with smooth talk about James Averill’s 1977 study of anger in Greenfield, Massachusetts.  We shall never know the quality of anger in Mississippi or Montana in 1977.  Perhaps knowing wouldn’t make a significant difference.  All we need to know is that “in 1992 along, social scientists published almost 25,000 studies of anger.”  That number is not impressive.  2,500,000 studies of anger are required to explain the USA, to prove Duhigg’s thesis that “America has always been an angry nation.”  What was the geography between the first arrival of Vikings and the planning of the Boston Tea Party?  Duhigg ignores thatconfederation of “nations.”  He focuses on a nation born of revolution, a nation that manufactured a political system “cleverly designed to maximize the beneficial effects of anger.”  He fails to say that genocide plus theft plus a Constitution authorizing exclusion, inequity, iniquity, and enslavement were necessary to ensure that anger would be beneficial to a chosen few and systemically corrosive for those not chosen.  He is accurate, however, in claiming that since the founding of the nation, “the tenor of our anger” has become “a constant drumbeat in our lives” and in pointing out that in 2018 “evidence of anger’s destructive power is everywhere.”
To provide neon billboards for righteous rage, Duhigg takes us back to the mid-1960s and the efforts of Cesar Chavez.  His juxtaposing Chavez’s  “thesis that moral outrage can achieve widespread change” with the example of the mutiny or spontaneous rebellion in the mid-1800s against the East India Company gives us pause.  We might pause longer had he positioned the Haitian Revolution in the context of that thesis.  Does it really enlighten us to say Chavez is today lionized alongside Martin Luther King, Jr. a Mahatma Gandhi without saying that some very angry Americans lionize Adolf Hitler and Woodrow Wilson and Theodore Bilbo?  What a shortcoming to not mention that outrage moral and immoral are Siamese twins!
The jewel in the article is  Duhigg’s insight that  “corporatized outrage can be remarkably effective, but it’s fundamentally manipulative, and tends to further the interests of the already rich and powerful, often at the expense of the little guy” (to say nothing about the dismissed little woman). “Rarely is it a force for social goo.  Nowhere has that been more evident than in the media industry”  wherein “the cable-news business perfected the monetization of moral outrage.”  That Duhigg calls out Fox News, CNN, MSNBC,  Facebook, Twitter, Geraldo Rivera, Rush Limbaugh, Bill O’Reilly, Chris Matthews, Keith Olbermann, and Rachel Maddow is a godsend.  Yes, performance is all; truth, a secondary afterthought.
There is no mystery in Duhigg’s championing the use of anger involved with a 2015 experiment of Israeli social scientists in a Tel Aviv suburb, Giv’at Shmuel.  That portion of the narrative is fraught with the jouissance which can only obtain in recognition that Israelis and Palestinians are Cain and Abel or sometimes Abel and Cain. Duhigg’s narrative comes to a robust conclusion, the promise that America can make progress “if we channel our anger to good ends, rather than the vanquishing of our enemies.”  Unfortunately, progress in the form of systemic transformation is naught but a devoutly wished-for dream, a fiction couched in anger, the lust for revenge by any means available, the distributive acidity of hatreds.  Our nation will never satisfy its hunger and thirst for vanquishing real and imagined enemies.  After all, anger can only copulate with anger.  Anger never has congress with angels. And Charles Duhigg is truly an excellent salesperson and teller of trickster tales in the marketplace of American tribes. 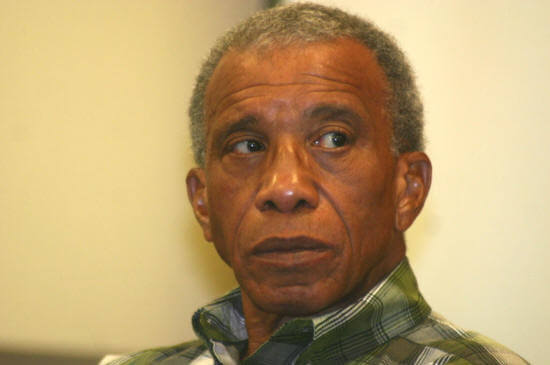