From a pre-future vantage, one can discover the joy of refusing. Refusing or resisting is neither an innate virtue nor a vice, despite the fact that one must ultimately account for the moral properties of one’s actions . Refusing is an opportunity to live with the alternatives that might better identify one’s historicity. Consider the outcomes of refusing to read such commercially promoted books as:

One profits from viewing displacement at some distance. For example, Gyasi was born in Ghana and raised in Huntsville, Alabama, a place that is not free to forget its association with segregation and slavery; Unigwe was born in Nigeria and now lives in Belgium, a place condemned to remember the obscene crimes it committed in Africa; Parker, who was born in Norfolk, Virginia, complies an official movie tie-in for his cinematic effort to manufacture ironies by partial deconstruction of D. W. Griffin’s 1915 film The Birth of a Nation, an iconic visual monument to American racism, and of William Styron’s The Confessions of Nat Turner, a literary tribute to the making of “whiteness.” Refusing to engage the two novels and the film allows one to “buy” time for evaluation at some distance from the dubious race to be au courant. Chosen ignorance is not bliss but a Trump-like signal of independence. It marks one’s being partially immune to the gestures of the herd or the culture-consuming mob. 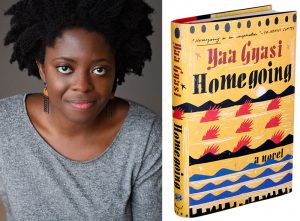 There is fine sport in sampling the first and the closing sentences of the novels:
Gyasi: “The night Effia Otcher was born into the musky heat of Fanteland, a fire raged through the woods just outside her father’s compound (3)….Marjorie splashed him suddenly, laughing loudly before swimming away, toward the shore” (300). [the conditions of historical accidents] 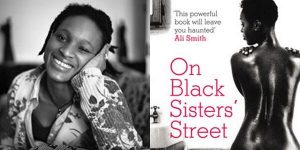 Unigwe: “The world was exactly as it should be (3)….Sisi’s soul bounced down the stairs and began its journey into another world”(254). [the condition of sex workers]

“How many of you know who Nat Turner is?” I wasn’t the only one staring blankly at my African-American Studies professor. I’d overheard the name once or twice in my childhood, but without context –the where, the why, and the what of his story —his name had no resonance. (3)

The story of Nat Turner, and stories of the struggles and triumphs of other enslaved African people, are only one small portion of the total Pan-African experience. But as they relate to the current state of affairs —these stories are powerfully salient tools in community healing and restoration. Nat Turner knew that Black lives mattered in the 1800s. The story of his dedication and sacrifice for his people can empower us to make that a reality today. (176) [the conditions of memory]

If the three works have validity in one’s determining the contested nature of “Truth,” there are advantages in the joy of refusing to read them before 2026 when enslavement has a new face.