If no other moment during my time in Lawrence has shown me what freedom of expression and freedom of speech means, including how positionalities directly influence their manifestation, Dr. Eve L. Ewing’s recent visit to KU did so. On January. 30th, the Lawrence community gathered together in some amazing ways to share and celebrate poetry at “Mic Supremacy” which featured the award-winning Poet, Sociologist and Educator. Organized by community activist, poet, and KU alum Jameelah Jones, “Mic Supremacy” is a monthly POC-centered open mic night where people of the Lawrence community come to share poetry and prose at The Raven Book Store. On this special occasion (and the same night #45 gave a lie-filled State of the Union address) poetry was shared by members of the KU community, including faculty, staff, and undergraduate and graduate students who offered poems about joy, epistles of extreme emotion, and letters to loved ones. It was certainly an event where poets were given permission to be vulnerable and to create. Ewing gave a fantastic performance, reading several unpublished pieces including “Praise Song for Video Gamers,” a Psalm of adoration for old and new gamers and blerds alike. 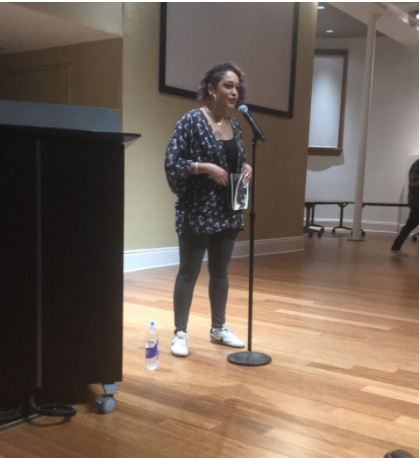 The next day Ewing led a writing workshop on campus, followed by a lecture later that evening titled: “Poetry in Context” in which she detailed how her work advances the cultural heritage and historical tradition of African American poetry. This hybrid talk also included a reading of poems from her recently published collection Electric Arches which is a love ballad to Black girlhood, womanhood, dreams, and futures. One poem in particular she shared, “Arrival Day,” pays homage to Assata Shakur, who once said “Black revolutionaries don’t drop from the moon. We are created by our conditions.” Ewing’s poem responds to this quote through an origin story of activists as superhuman moonpeople and served as the perfect entry into Black History Month and Black Futures Month. 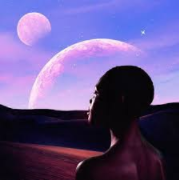 All of these events highlight some of the most filling moments for me as a budding writer in Lawrence. The sharing of poetry with people of color, who are generationally silenced from verse and speech, is a powerful experience especially when the premise is poetry is revolutionary. This type of freedom of expression becomes radical work in an era of alternative facts, “fake news,” government scandals, and shutdowns. It is even more radical when white nationalism shows up.

Only days after celebrating the brilliance of Dr. Eve L. Ewing, Langston Hughes, and other writers of color, scores of white nationalists gathered in Lawrence at South Park and throughout downtown to exercise their “freedom of expression.” In a supposed counter-protest to a “Drag the Flag” protest that never occurred, they rallied, saw fit to destroy people’s property, and berate townspeople who walked on Mass Street, especially people of color. 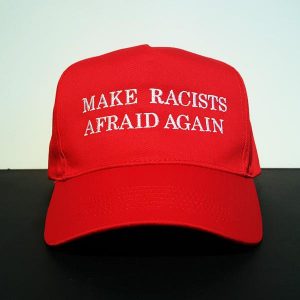 This is how wildly different freedom of speech and expression manifests across contexts. In the former, the sharing of poetry, peoples’ of color freedom of speech amplified voices on the margins. Their poetry allowed freedom and wholeness to exist. In the latter, the violence of whiteness erased the voices of folk on the margins. But isn’t this the goal of whiteness? Of the colonial imagination? Of racism? To distract, as Toni Morrison once said, to mute the voices of the oppressed, to obscure freedom?

A turn away from violence and one to freedom relies on our insistence to speak up and create in the midst of systemic silencing. Our poetry, our writing, our creations are all resistance. That, in many ways, is the point of celebrating Black Futures Month. It is a way for us to look back on our pasts in order to imagine and create new futures. The work of imagining something better is liberatory. 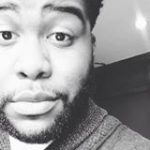 Anthony Boynton is a scholarly blerd and PhD student in English at the University of Kansas who writes about race, representation, pop culture and Afrofuturism.