I write to expose a glaring contradiction with the agreement to remove Josephine Meckseper’s “Untitled (Flag 2)”—what Gov. Jeff Colyer calls a “desecrated American flag”– from the grounds of Spooner Hall. To be clear, I have no investment in the display of this particular piece. Also, I firmly believe that the American people gain nothing by conflating the sacrifices of our military to any material object. I have family and close friends who have—and continue– to serve our country, so I do not need a reminder of their importance. I write to express my concerns as a student and instructor at the University of Kansas.

It is unclear how you reconcile the flag’s function as an art piece and, at the same time, recognize KU as a place of intellectual and artistic production. How can attention to America’s centuries-long social division so easily offend you, Gov. Colyer, or Secretary Kobach? Are you all so greatly offended by the verbal, physical, and emotional violence occurring on your campuses and in your state? I ask because I have not seen evidence of such.

I do not want to assume anything, but perhaps none of you are aware that the historical social divisions within American society have always permeated every aspect of America, including the military. The division in the military and the disregard for African American servicemen were key factors in the Civil Rights Movement. African Americans, Mexican Americans, Asian Americans, and other minority groups fought in World War II. Upon their return home, these men and women were still denied full citizenship. Little has changed. How do any of you disregard this fact, and at the same time, call for mindful consideration of our military? How do you, as the “leader” of this campus, disregard the histories of so many of your students? To perform a gesture that undermines American principles as well as the foundational principles of any institution of higher learning is to further alienate, divide, and belittle the diversity of our nation. Governor Colyer, Secretary Kobach, and yourself only proved Meckseper’s point.

I am uncertain as to how a university supports intellectual production when government officials—at whim— stifle free speech. How can you, Chancellor Girod, do nothing to protect the free-flow of thought at the institution you are entrusted with the responsibility of leading? This seems to be another example of attempts by government officials and the University to thwart academic freedom. One could argue, the allowance of firearms is related (but that is another matter altogether). The point is, KU and any other public universities should maintain an obligation to protect the rights of its community to engage in free-thinking and creativity. What can of worms are you all opening?

Chancellor, I must say that I am particularly disappointed that you caved to such a demand. You served our country, earned the right to be called “doctor” and scholar, received the trust of the KU community, and (supposedly) represent a diverse student body. “Untitled (Flag 2)” is only an art piece, but your action indicates questionable intentions.  Rather than creating an environment that shows respect for all people, one that supports intellectual rigor, your actions invite the opposite; your cooperation on the moral side of wrong suggests something darker. Whether or not these are your intentions, KU leaders and the representatives of Kansas are helping to create a student body who lack critical thought, creativity, tolerance, and the ability to respectfully engage in productive conversation. In other words, it seems our students are paying to be turned into brainless puppets who care more about politics and power than human experiences and community. But perhaps, this is the aim. As someone who has sacrificed to be here—whose family has sacrificed so that I may call myself an American and an equal citizen—I fully support the well-being of my KU community. I have faith that you do as well.  I hope that your actions from henceforth will embody the type of intellectual environment and socially engaged community that most folks strive to create at KU. 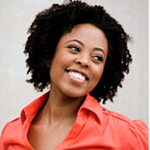