On October 24th, 2019, Oscar award-winning director, screenwriter, and KU Film and Media Studies Professor, Kevin Willmott, delivered the 2019 Bill Tuttle Distinguished Lecture in American Studies. Established in 2008, the Tuttle Lecture honors the teaching legacy of Professor Emeritus Bill Tuttle, who taught in KU’s American Studies department, and focuses on his main research interests which include African-American history and culture and American politics. Willmott’s lecture largely addressed the recurring cycle of racial hatred throughout the history of the United States and how this has influenced the film industry. For decades, the American film industry has strictly regulated the amount and type of Black subject matter released through Hollywood production companies, thereby policing the Black stories told on-screen.

During the early 2000s, Willmott started receiving jobs as a screenwriter in Hollywood and remembered production companies’ initial shock when realizing he was African American. Hollywood wasn’t accustomed to working with Black screenwriters and directors at the time, which shows how the American film industry has been dominated by whiteness. While this racial disparity continues to improve over time, there is still more improvement to be made. Willmott revealed that out of his frustration with Hollywood monitoring the number of on-screen Black storylines, and more specifically their resistance toward historical Black stories that accurately depict the formation of America, he created the film C.S.A: The Confederate States of America (2004). Before creating C.S.A., Willmott initially wondered, “What if the Confederacy had won, and what if Abraham Lincoln had been locked up and arrested… What would that America look like?” While C.S.A. serves as a speculative narrative depicting how our society would function if it were still under the rule of the Confederacy, Willmott believes that his film operates as a reflection of the United States’ current sociocultural climate and the resurgence of racial hatred occurring in our society.

“The country goes back and forth. There’s times when we have moments of the U.S.A., and then you have years, months, or sections of time that are the C.S.A, and the country, in my opinion, has not decided what country it really wants to be… Hate is resurging because we have a klansman [Donald Trump] in the White House.”

Black film, according to Willmott, is important to Black cultural production because it gives us a chance to reflect and learn about ourselves, our history, and what it means to be Black. Anti-blackness persists and appears in many forms throughout American society, and Black cinematic productions like Spike Lee and Willmott’s BlackKklansman, seek to interrogate and reveal how instances of racism that the American popular imagination has situated in the past is still alive in the present. Willmott argues that the United States consistently moves back and forth between being the United States of America (U.S.A) and the Confederate States of America (C.S.A). He believes that “The country goes back and forth. There’s times when we have moments of the U.S.A., and then you have years, months, or sections of time that are the C.S.A, and the country, in my opinion, has not decided what country it really wants to be… Hate is resurging because we have a klansman [Donald Trump] in the White House.” President Trump gained widespread American support with the help of the “C.S.A,” leading him to be elected into office in 2016. In other words, Trump gained the approval of many white Americans who supported the dehumanization, policing, and detainment of immigrants in America’s name. Hate is not new to America, and Willmott posed an important question, “Are we going to let the C.S.A win, or not?” American white supremacists, many of whom are elected legislative officials, continue to take advantage of white people not knowing the true history about the shaping of our democracy, but in Willmott’s opinion, we must stop downplaying the reality of our country’s current social condition, and as a country, we have a lot of work to do. 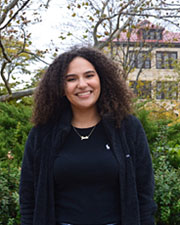